Flag Day is fast approaching and while we could just talk about the significance of the United States flag, we thought we would go a little further.

Because we like giving you information to enrich and entertain.

Don’t worry. We’ll get into the significance of the flag, too.

And also to those Flag Day activities for kids. 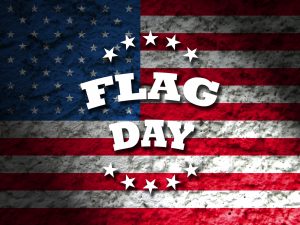 Why do countries even have flags?

I think that would be a good question, to begin with. Even before we start talking about Flag Day activities for kids.

A flag is a piece of fabric (most often rectangular or quadrilateral) with a unique design. It can be a symbol, a signaling device, or a decoration.

Vexillology is the study of flags. It comes from the Latin word vexillum. That means flag or banner.

Back in ancient times, warriors used field signs or standards in warfare.

They were contrasting marks worn on a combatant’s clothing. It helped show the difference between friend or foe, combatant or civilian.

Some standards could have been classified as being flag-like.

Moving on to the High Middle Ages, flags became heraldic devices. More commonly known as the coat of arms.

This made a knight more easily identified than having to walk up to see his shield.

In the 18th century, people flew flags to show ownership. That could be just a piece of land or include the people conquered on the land.

During what is known as the Age of Sail, it was customary (and then later a legal requirement) for ships to carry flags.

This helps to determine nationality.

It also keeps folks from attacking their allies and makes pirates easier to spot.

These flags evolved into the national and maritime flags of today.

Use of flags outside of military or naval context began with the rise of nationalist sentiment.

Nowadays, one of the most popular uses of a flag is to symbolize a nation or country.

Every country has a specific flag as their national symbol.

So, flags basically show where we belong.

With flags, we can show we belong to a community, an organization or a nation. We can proclaim our shared beliefs and goals.

Of course, that means we can also show we belong to a rebellion.

The Rising Sun, the Confederacy, and the Flag-That-You-Shall-Not-Name

Many already know that these three particular flags are controversial.

Along with that, they carry some painful memories.

So, why do people look at one with disdain? And why do rebels of other countries wave one flag about?

Then, there is the other flag. In its country of origin, this former national symbol is illegal to display.

As a matter of fact, they’re not too fond of displaying the one they currently have.

They are the Japanese Rising Sun Flag, the Confederate States Flag, and the Nazi Germany Swastika flag.

Each one of these flags has an extensive history. It is a history that goes beyond their modern associations.

The House of the Rising Sun

The Rising Sun flag was a flag of war. Warlords first used it back in the Edo period between the 17th and 19th centuries. The Imperial Navy made it the official war flag in 1870.

For this reason, many of Japan’s neighbors have a problem with the continued use of the flag.

It symbolizes imperial aggression and war crimes that they think Japan hasn’t fully atoned for – even over 70 years later.

During the Olympics in Beijing, officials warned the Japanese not to use the flag.

Yet, fans of the flag don’t see it that way. Mainly because the history of the flag goes back long before World War II.

According to a Washington Post article by Adam Taylor entitled, Japan has a Flag Problem Too, “It’s not quite as simple as Germany ignoring the years of 1933 to 1945, or the Southerners ignoring the period between 1861 to 1865 when the Confederate flags were used.”

Unlike the Nazi flag, Allies did not ban the Rising Sun. And some Japanese still feel a national pride for the Imperial symbol.

Even though it is not the country’s national flag.

In fact, the major reaction to those “ignored” flags tends to be one of disgust or hate. With the exception to those rebels who fly them to show where they belong.

With the exception being those rebels who fly them to show where they belong.

He that You Shall Not Name

It surprises some to know the swastika was in use some 5,000 years before Hitler designed the Nazi flag.

The hooked cross seems to have first been used in Neolithic Eurasia.

Yet, because of the associated horrors, the occupying Allies went on a campaign to get rid of any trace of Nazi iconography.

To this day, it is illegal to display a Nazi swastika or any other associated logo. You can’t even perform the “Heil Hitler” salute in a satirical fashion.

You could say that they have a fear of patriotism.

To the point that the country does not prominently fly the current unified national flag.

The exception is on certain days where the flag must be flown from public buildings by federal decree.

And the World Cup (where they are cheering for the reality of a unified team more than a country).

The Confederate States of America actually went through three different flags from 1861 to 1865.

The first was the Stars and Bars designed by a German/Prussian artist.

It was approved because many did not want to abandon the “old flag” of the United States.

However, because of its similarity to the old flag, there was much confusion during the American Civil War.

The first showing of the 13-star flag of the Confederacy was at the Ben Johnson House in Bardstown, Kentucky.

The Confederate Navy also used the flag as its battle ensign.

It became the second national flag. Also known as the Stainless Banner. The Confederate battle flag upon a white background.

But, because some felt it looked like the battle flag on top of a flag of surrender, another design came about.

The third national flag, also known as the Blood Stained Banner. It had one red vertical stripe at the edge of the flag.

Although it was approved in 1865, not many Confederates saw it. It was the end of the war after all. They didn’t manufacture many.

So, the Confederate flag that remains in our national conscience leans toward the second national flag.

Yet, like the Nazi Swastika, many still associate the Confederate flag with the horrors of racism and slavery.

And, although flying the flag is not illegal or banned, its presentation is generally frowned upon.

The American Flag – In Contrast

Even though it is also a flag of rebellion, the American flag is a symbol of freedom.

It is a symbol of religious, racial and political tolerance. 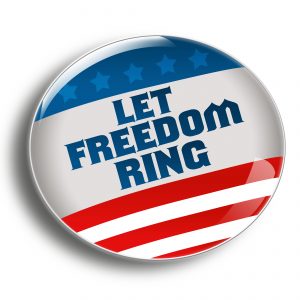 The very design of the original 1775 flag salutes the rebellious thirteen British colonies.

And how they declared their independence from the Kingdom of Great Britain.

Independence from the king’s religion and political tyranny.

The Great Union Flag (not to be confused with the Union Flag) features the British Union Flag of the time in the top left corner.

Then, the thirteen independent colonies as alternating red and white stripes.

Only once have the thirteen stripes been changed.

This, of course, showed that two more colonies were added to the Union.

This flag inspired our national anthem “The Star-Spangled Banner.” (At the time, a poem known as The Defence of Fort M’Henry)

There are many other flags of the United States. Not just the Stars and Stripes.

The most memorable are the flags from the American Revolution.

For this reason, the United States flag is revered in history. It is celebrated in poetry and song.

This is why it is flown for inspiration.

It is also why we remind our children of its significance.

And look for educational (sometimes silly) Flag Day activities for kids to do.

Are you looking for Flag Day activities for kids?

We’ve got you covered.

So, don’t take down and fold your flags just yet.

Especially if you’re not sure how to do it properly.

Not to worry. We’ll show you how before the end of this article.

Because Flag Day is right around the corner.

In fact, it comes around every June 14th.

As we all know the United States Flag plays a significant role in history.

Flag Day commemorates the resolution of the Second Continental Congress’ adoption of the flag in 1777.

He was the first to organize a formal observance of Flag Day in 1885 at a school where he was teaching at Waubeka, Wisconsin.

As a result of the yearly observances, it became a holiday in New York State in 1897.

Subsequently, other states joined New York in the next few years.

But it was not until 1916 that President Woodrow Wilson established Flag Day by national proclamation.

And although it is not a national federal holiday, it is a legal holiday in Pennsylvania.

Why celebrate the flag?

For many Americans, it is a day to show respect for our flag, its designers, and makers.

The United States flag was at the head of battles fought by Americans. Many have died protecting it. And American flags are still mounted on the surface of the moon.

(Although they may be completely white by now.)

I know many know the significance of the 50 stars and 13 stripes.

But, did you also know the colors of the flag are symbolic as well?

It is easy to find activities for flag-related holidays like Veteran’s Day, Memorial Day and Fourth of July.

But is there anything specific to the flag?

Anything specific to Flag Day?

Well, we looked to find some Flag Day activities for kids.

There are many activities to use for other flag related holidays. These activities, crafts, and lessons are specifically to honor the flag.

Hopefully, these Flag Day activities for kids will bring some historical fun to your day.

What activities do you use to promote history and geography in your homeschool? Comment below.

: activities for kids, flag day, homeschool activities
Previous Post How to Teach Your Child to Draw in 10 Easy Steps Next Post Useful and Unique Crafts for Dad

Homeschooling with The Olympics

Homeschooling When Both Parents Work