Is it even possible to teach with movies? After all, experts warn parents to avoid too much screen time, right?

As homeschool parents, we have the freedom to use different ways and media to educate our children.

And, despite how we may feel about screen time, one of those media is film – or movies. 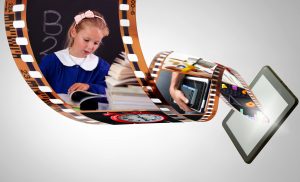 Even before the existence of film, educators used early plays and dances as tools. It was not uncommon for a young apprentice to attend.

“Film is used for a range of goals, including education and propaganda. When the purpose is primarily educational, a film is called an ‘educational film’. Examples are recordings of academic lectures and experiments, or a film based on a classic novel. Film may be propaganda, in whole or in part, such as the films made by Leni Riefenstahl in Nazi Germany, US war film trailers during World War II, or artistic films made under Stalin by Eisenstein. They may also be works of political protest, as in the films of Wajda, or more subtly, the films of Andrei Tarkovsky. The same film may be considered educational by some, and propaganda by others as the categorization of a film can be subjective”. (Film, n.d.)

So, if we can record a lecture on film, it is possible to teach with movies.

An educational film is a film or movie whose primary purpose is to educate.

Classrooms have used educational films as alternatives to other teaching methods.

Which means it was another option, or choice – NOT a substitute.

When schools began to teach with movies, there were some issues.

The studies showed that retention was stronger for those who read the paper.

Usually, this was because the reader could:

However, retention improved with the introduction of online video. Students were able to pause and rewind.

You might also see the word “edutainment” used when discussing how to teach with movies.

The term describes content designed both to educate and entertain.

I tend to lean toward these kinds of educational movies.

They are educational but have some entertainment value.

Or, they are entertaining but have some educational value.

Since the 1970s, various groups in the US, the UK, and Latin America have used edutainment to address issues such as:

When I was growing up, shows like Schoolhouse Rock, Sesame Street and Bill Nye the Science Guy used music and animation to teach.

In fact, that’s the only way I can recite the Preamble to the Constitution!

If you ask me how it goes, you are going to hear a song!

Motion pictures – or movies – with educational content appeared as early as 1943 such as Private Snafu.

A newsreel was a type of a short documentary film. It contained filmed news stories and items of topical interest.

Newsreels were a source of news, current affairs and entertainment for moviegoers. It was typical to see them as short subjects just before the feature film.

There were even theaters exclusively showing newsreels in the 1930s and 40s.

Because of television, newsreels are now a thing of the past. Yet, they are now significant historical documents.

Can you imagine looking at a newsreel and seeing just what the culture was like back then?

Talk about a history lesson!

A short film is any film not long enough to be a feature film. It can have a running time of 40 minutes or less.

Rebecca Davies’ reminds us in her article, The Long History of Short Films, that “in the beginning, all films were short.”

Even though they have technologically evolved from kinetoscope to personal tablet recorded YouTube videos.

Educational film shorts were shown to all ages. However, filmmakers produced them for a specific age group and instructional purpose.

Many were accompanied by study or discussion guides. These help to facilitate post-screening discussions.

Almost every basic subject has had a film short as an educational tool.

Even some not-so-basic subjects.

One thing that I have personally seen during my ESL classes is that short film used as an educational tool, are great when studying English dialogue and narrative.

Protocol Education says they are the perfect way to engage the YouTube generation.

Some popular forms of short film are:

How Can Homeschoolers Teach with Movies?

So, how can a homeschooler use this information to engage their children in their studies?

Understand, this is not just plopping the kids down in front of the television or putting in a DVD and walking away. 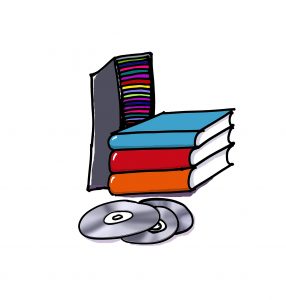 It also doesn’t mean that every day is a movie day.

One fabulous website that I encountered while looking for ways to engage my children in their studies was TeachWithMovies.org.

Educators and homeschooling parents make up most of the site’s audience.

The site helps them use film to supplement education.

This is done by providing lesson plans based on movies and film.

There are lesson plans and learning guides listed from age 3 up to college level.

For example, you’ve read Charlotte’s Web to your student.

You’ve gone through all the new vocabulary.

Now, you want to enhance what you’ve gone over with a movie viewing and discussion guide.

TeachWithMovies.org has what you’re looking for.

And if there is anything you would like to know about or include, you can contact them.

To aid in retention, you might direct an older student to create a short film presentation.

When I was in middle school (yes, public school), my social studies teacher was also the film production teacher.

For one of our class assignments, we created a short film to sell pies.

Even though we were in serious need of a proofreader, it was fun. And we all aced the unit.

Although the teacher didn’t teach with movies, film production was used to cement our learning.

So, closely monitored and facilitated screen time may just be what the doctor ordered.

Taking the opportunity to teach with movies – to use movies as an educational tool and not a substitute – may benefit your homeschool.

And it may even allow for some time to bond while being entertained.