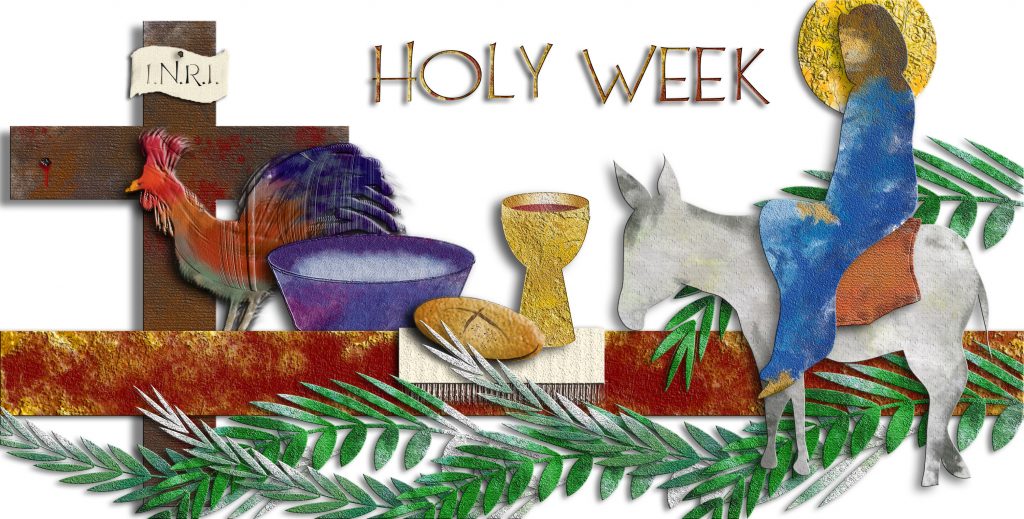 I needed to gain understanding

So, this is how our family’s Easter traditions homeschool unit study came to be.

I know you ask, with so many Easter activities, why create another?

When my family first arrived in Costa Rica, I had every intention of bringing ALL our traditions and customs with us.

Even more, I thought I would introduce all the local “Ticas” (Costa Rican women) to our wonderful traditions.

Looking back, I realize just how exclusive I was being. Not even giving the country a chance.

By doing so, I had basically declared how Tico celebrations were not the way.

(I’m grateful that I eventually met some wonderful Ticas that I now call friends and confidantes.)

I found that Christmas and New Year’s traditions in the United States and Costa Rica had only slight variations.

However, our Easter traditions were something else entirely.

One year, I decided I would organize an Easter egg hunt. Then, I invited the neighborhood kids to our newly built rancho.

To take part in the hunt, of course.

And because I knew they were not used to such an event, I looked for the history of the egg hunt. Along with the significance.

And I had the nerve to print it out for them.

This way, I could hand the lesson out to the mothers. And prepare the kids for the Easter egg hunt and prizes. 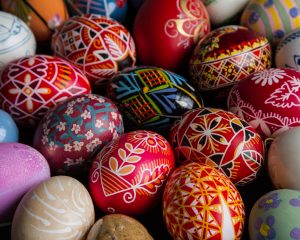 In other words, I had prepared an Easter traditions homeschool unit study.

For our new friends. Yay, me!!

Of course, I had a great menu planned. (Toot, toot.)

I created a station to let the kids dye their own eggs.

I even made bunny cupcakes.

It was a great brunch…

…that was hardly eaten.

Yes, I know Costa Rica is a Catholic state.

But, I was not prepared for how different their religious celebrations would be.

And Semana Santa (Holy Week) is no exception.

In fact, in Costa Rica, it is the sincerest religious celebration of the year. 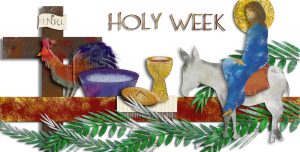 Going from Palm Sunday to Easter Sunday, Costa Ricans commemorate the last week of Jesus’ life before the crucifixion.

From the solemnity of the week to the food that is prepared, Costa Rica is unified in this holiday.

Even those Ticos that are not religious gather together as a family and spend the week at the local beaches.

Schools and a lot of other employees get the entire week for vacation.

So, at the least, there is a four-day weekend.

I have seen tents pitched on the beaches during the entire weekend!

I also found that the traditional food is way different. Even different than the typical Costa Rican food I would normally see.

So, my bright and shiny Easter egg hunt was far from what the traditional Costa Rican celebration would include.

And yes, the neighbors were appreciative for the invitation. However, they had no idea of how to receive my “exclusive,” all-inclusive, event.

From that moment, I decided I would not take the amount of time I took to create a huge Easter spread.

Nor try to create an elaborate Easter traditions homeschool unit study for kids who didn’t care.

Not without knowing my “audience” first. And not without understanding the local customs and holiday celebrations.

I also decided to endeavor to teach my children about how different cultures celebrate Easter.

And to attempt to include an Easter tradition from another culture that would not completely clash with our own.

This year, we have family visiting during Easter. So, we are immersing ourselves in the local customs and traditions here in Costa Rica.

Along with celebrating our own family traditions.

First, I want to concentrate on the menu and food shopping. If I’m not concerned about our meals, most everything else can go smoothly during Holy Week.

I found in Costa Rica, conservative Catholics stay away from meat during Holy Week. (As in many other countries – including the United States.)

So, I chose to base our menu around seafood.

The supermarkets have prepared for Semana Santa by discounting many seasonal products.

And fish products will dominate the spaces during this time.

For our homeschool, this is time to work out our real-life math.

My oldest is given a list and a budget. To the best of her ability, she is to stay within that budget while still getting the necessary items.

My youngest is given a list (with pictures cut from magazines and such) and a number. She is to get that item in the correct amount.

Now, this lesson does take some time, so I count it as an educational field trip.

I also make sure all of us are well rested and that our “emotional baskets” have been filled. That means one-to-one time with mom for the girls. And time to unwind for mom.

No need to have a meltdown while shopping.

Once all our shopping is done, we can work on prep for recipes.

That’s when I do all the chopping and mixing that can be done before the cooking day. The kids can help with that. Measuring is a great way to reinforce fractions.

Later, we also go shopping for traditional favorites during this time.

I’m still working on my skills for traditional cuisine.

I’ve gotten good on some. Many of my Tico friends request my version of a dish before they ask someone that has been around for a while.

But, I’ve yet to master any traditional Easter dishes.

So, I get to take the girls with me to find bacalao, that’s dried codfish used to make a traditional Easter soup. We also look for chiverre empanadas or rolls, filled with jam made from pumpkin squash. And pan casero. But you can find it at any time on any occasion.

On every dish, you can find a side of pickled veggies, tuna salad, or palm salad. The pickled veggies kind of remind me of my aunt’s Chow-chow. A spicy garnish I didn’t love as a kid but look forward to now.

The girls can help prepare the tuna salad at home. Then, shop for the other sides in the local markets.

Get beverages ahead of time

In the past, Ley Seca (the dry law) was applied on a national level. Yet, Ticos make a special hot drink for the occasion called Chicha. It’s made from cinnamon and ginger.

Legislation has now given the municipalities the right to decide if they will serve alcohol.

Here are some food-based activities you can add to you Easter traditions homeschool unit study:

Other than special communion services and religious processions, we will stay at home.

I have heard some stories about people trying to get back home and being stuck in amazing traffic.

In fact, during that time, major highways are routed to allow for easier access to the beach towns (near where we live). Only during certain hours. You’ll eventually get to your destination.

Of course, we are going to attend some of the local events.

On Palm Sunday, there was a Costa Rican boy band that I thought my girls would like.

Well, neither are into boy bands if they have nothing to do with movie soundtracks.

The procession with palm leaves was popular, though.

From Monday through Wednesday, the country prepares to shut down for the weekend.

Except when there is a holiday that cuts in front. Juan Santamaria Day falls on April 11th. It celebrates the national hero who fought against the American invader, William Walker, in 1856.

This doesn’t happen every year. But when it does, the country will probably shut down for more that the four days.

Since we will all be on vacation that week and the next, Easter unit study activities are heavy on the fun factor.

How to decide on activities?

There are so many Easter activities on the Internet, narrowing them down can be difficult. Here are some of the activities we will be doing, plus a few more. Maybe you can incorporate them into your Easter traditions homeschool unit study: 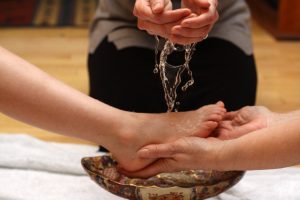 Saturday, there will be a small egg hunt at home with the girls, their friends from the co-op and the families of some of my fellow homeschoolers.

I will make a light, seafood based brunch.

Then, to church on Sunday to celebrate the end of Holy Week.

Then on Monday, we will check out articles like this one from Woman’s Day. It will be time to decide what traditions to include in our next Easter traditions homeschool unit study.

: easter, foreign culture, homeschool, traditions, unit study
Previous Post When Is It OK to be Too Busy to Homeschool? Next Post Earth Day Homeschool Activities

Home Management for the Homeschool Mom

Eleven Tips to Help You Homeschool a BIG Family

How Do You Plan Homeschool Activities?